It's half term and in an effort to tear the kids away from Minecraft, and to play some of the board games I have gathering dust, I proposed an all afternoon session of Middle Earth Quest from Fantasy Flight Games. 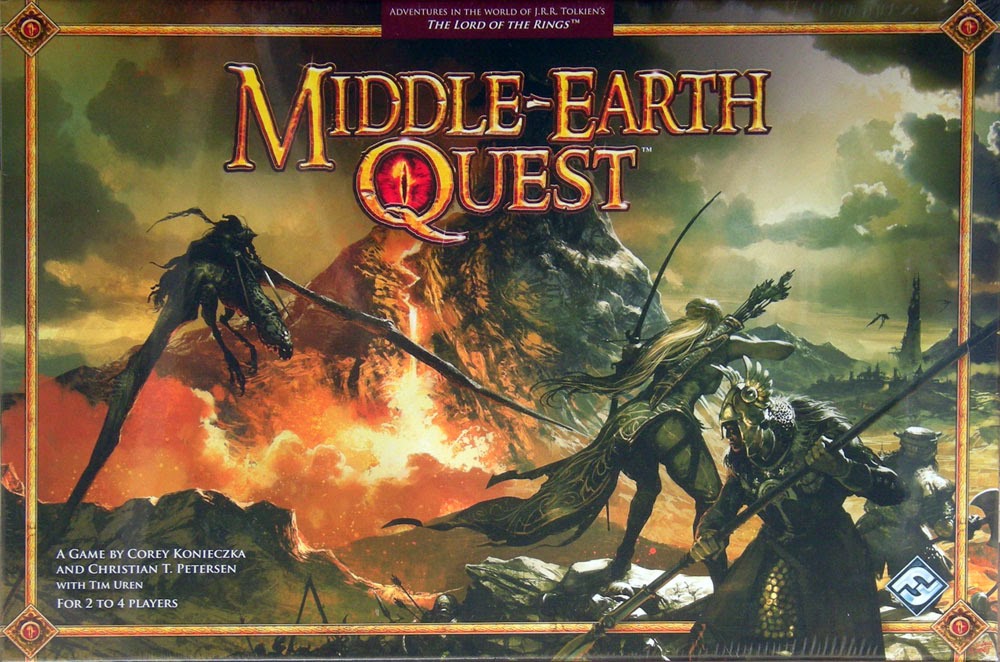 MEQ feels a lot like a cross between two other FFG creations, namely Fury of Dracula, and Runebound. One player takes the role of Sauron and his evil minions, while the rest are adventurers, patrolling Middle Earth and seeking to foil Sauron's plots.

The game takes place between Bilbo's departure from the Shire for Rivendell at the start of the Fellowship of the Ring, and Frodo's eventual flight. This is not about taking the One Ring to Mount Doom, but stopping Sauron from achieving his objectives early. The heroes are not the heroes of the books, but completely new adventurers. In our game we had an aristocrat from Gondor (Eleanor) and a ranger of the North (Berevor), although their paths never crossed. Eleanor spent most of her time in Gondor, Harad and Mordor, while Berevor adventured in Eriador and Mirkwood.

The Sauron player has minions to carry out his orders, like the Mouth of Sauron and the Witch King of Angmar. In addition, as in Fury of Dracula, he can place monsters that are keyed to regions (no Mumakil in the Shire) to provide further obstacles to the Heroes. Unlike Fury, he can move these around. A mechanic has also been borrowed from Fire and Axe: the game is split into three phases, with events and plots evolving according to which phase you are in. This can create situations very reminiscent of the early stages of the Fellowship of the Ring, for example we had Gandalf and Saruman meeting for a conclave in Isengard towards the end of the game.

Characters from the books do show up in locations to provide limited support to the heroes, but they are not the focus of the game. Boromir, for example, cropped up a couple of times, meeting with Eleanor while on a secret mission to Umbar, and later seeing her again in Minas Tirith. 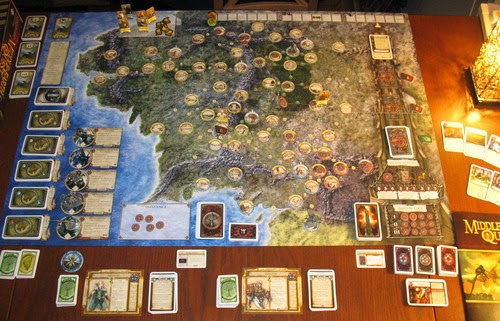 Sauron tries to win by seeding plots in  Middle Earth - for example, I placed an agent in the court of King Dain in Erebor and laid siege to Osgiliath with my Easterling allies. These score victory points as long as the plot is extant. The heroes should seek to dispose of these by using Favour tokens they pick up from a variety of sources. Every turn, the heroes score 2 VPs, so it is important that Sauron tries to outscore them. For comparison, I started the game with a single plot, the Hunt for the Ring, which scores Sauron +1VP for the Ring every turn. Plots can also be political or military in nature and have separate scores for progress in these areas.

My strategic mistake was simply not investing enough in my Shadow Pool. This is a pool of points Sauron uses to power cards and plots. I ended up using weak cards, weak plots as a result, and one of the adventurers (my daughter) lit early on the tactic of reducing the Shadow Pool at any opportunity, hence making life much harder for the Dark Lord. Luckily, the heroes did not really focus that much on tackling my plots. But they were paltry at the best of times. 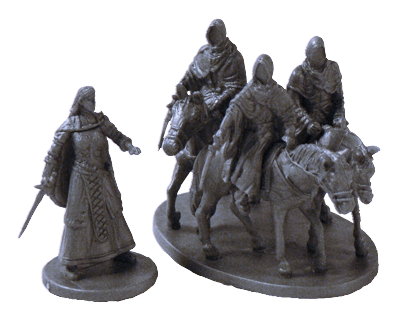 Each side has a secret mission at the beginning of the game, and in this one both heroes spent a lot of time working towards their mission, which was sensible. Theirs was to kill all but two of my minions. I began to realise this was the case after two attempts on the Black Serpent, my Southron general in Osgiliath. Luckily this was foiled because he was screened by deadly Mumaks, one useful way to use monsters to stop heroes taking down minions. Sadly, the Mouth of Sauron, after coordinating the search for Gollum west of Mirkwood, was ambushed and taken down by that rascal Berevor. Gothmog, my orc general in Mount Gundabad, was treacherously attacked while travelling to Dol Guldur to take charge there. Although badly wounded, he survived the game. The same can not be said for the Witch King...

The combat system in MEQ is card based. Each hero has their own deck of combat cards which they use for travelling, for fighting, and in a neat mechanic, for tracking fatigue and wounds. It could almost form the basis of an RPG itself, and my son was particularly taken with it. It is faintly reminiscent of the combat system in the RPG Burning Wheel. Each round, a player selects a particular move - e.g. Poison Arrow or simply Smash! This inflicts damage on your opponent but also provides you with a degree of defence (or none at all in some cases). Some moves also provide special advantages if the opponent does something in particular. Most tactics also have a Strength score - once your total number of cards played exceeds your STR, you become exhausted, and the other size tries to pummel you to death before they run out of puff (this is what happened to the Witch King when he fought Berevor).

Heroes can also access a common pool of combat cards by training in havens (e.g. Rivendell), and are also able to buff their attributes through completing quests and chin wagging with the famous names in Middle Earth. Minions and monsters use different combat decks depending on their fighting style - a Mumak fights differently, and more dangerously, than crebain from Dunland, for example.

I liked MEQ. It is a BIG game, with loads of cards, some excellent miniatures (which I'm tempted to paint) and a sprawling board. I like this type of game, and sadly don't get enough time to play things like this. But luckily my kids are getting old enough to enjoy this sort of thing and have time to humour me. I would certainly play it again, and now I'm more familiar with the rules, I'm sure it will move more quickly. I'd like the opportunity to try out the other side of the game, as a hero, to see how that plays, because it looks like it could be a completely different experience from being Sauron. I would still suggest allotting four hours for this beast, but for my part, feel like it is the next best thing to sitting down for a session of The One Ring.