I didn't really get very much miniatures gaming in this year, but then it has been a busier year than 2013 was. Next year, I plan to focus on just a handful of projects as time will be limited. One of the games I did manage to play was The Sword and The Flame, which still has to be one of the best tabletop colonial miniatures games around if you want to measure it by pure FUN. But it is the recent arrival of some excellent new figures for the Second Afghan War (1878-80) from Artizan Designs that got me thinking about colonials, and in particular the period covered by TSaTF.

Yes, new miniatures in the colonial period always have one reaching for the Paypal button, but I decided that, before I did something stupid, I'd take a closer look at my Zulu War collection and make a decision on when I was prepared to call time on it. I have been collecting and painting Zulus for about 10 years and my impi can put close to 100 painted warriors on the table, which is not much by some people's standards, but then again, how many do you need? 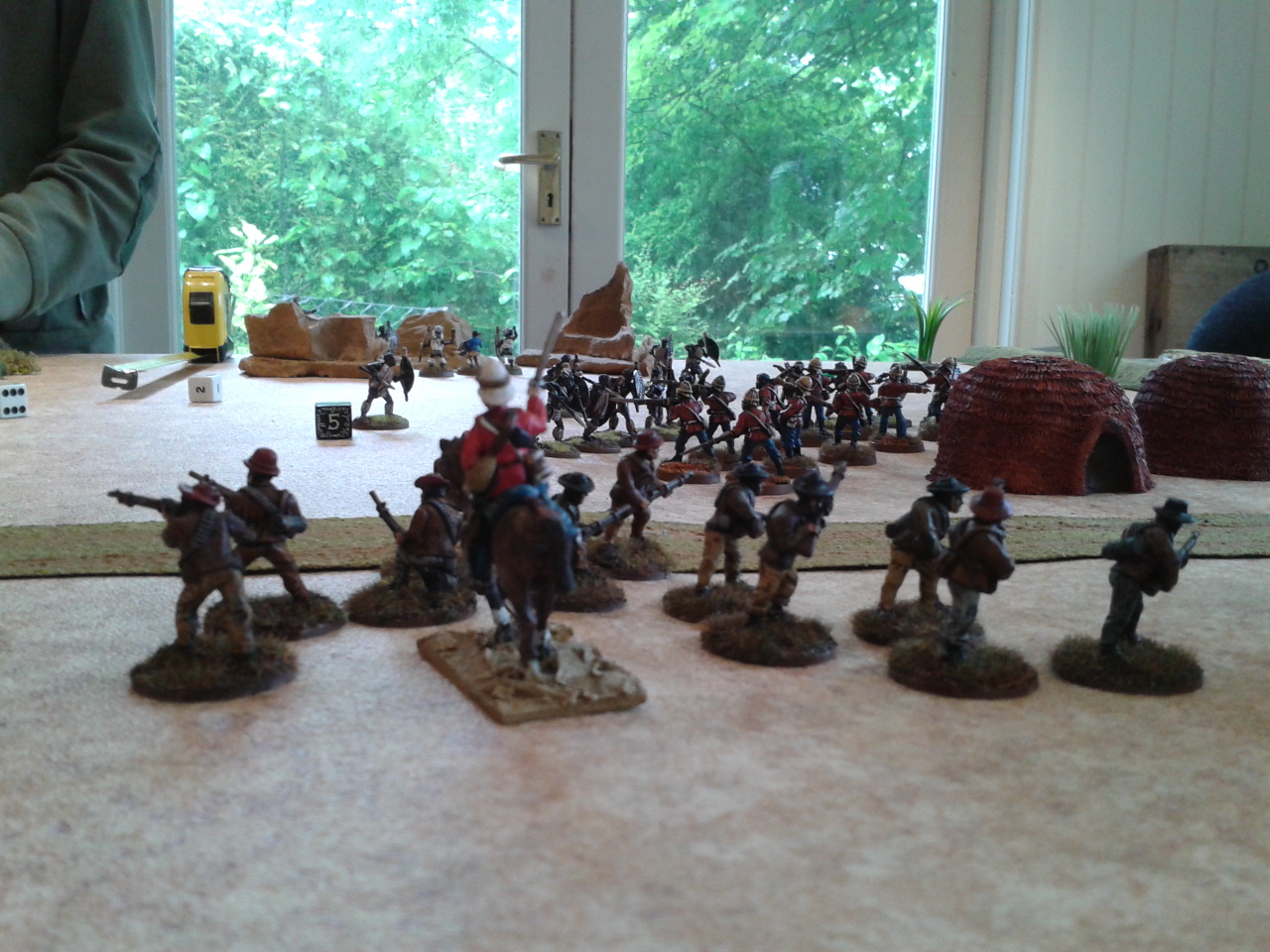 A shot from one of our Zulu War games...

Taking TSaTF, for example, this is a game that despite its origins in the 1970s, still seems to work very well for colonial battles. I recently gave Battles for Empire a test run, and while I loved the deployment rules in BFE, the game itself is not as FUN as TSaTF. I tend to prefer games with simpler mechanics that you can easily teach to newcomers and are not difficult to remember when you revisit them. Something that gets bogged down in complexity, or takes six hours to play, may not be for me. Also, I'm less interested at this stage in recreating historical battles and more in producing an entertaining scenario. This can be achieved with smaller numbers of figures.

We typically play either very small skirmish battles between two people, or bigger multi-player exercises, with four or six protagonists. These seem to work very well. Which brings me back to how many figures are sufficient?

As a rule of thumb, and it is a rough one, I would say that the maximum number of models under a player's command should be around 60. For some games, it will be a lot less. Savage Worlds, for example, which we have used for Gothic horror games in the past and which seems to work equally well as an RPG, usually requires a lot less (I tend to limit games to a maximum of about five or six units per side, plus about four Wild Cards or Extras). 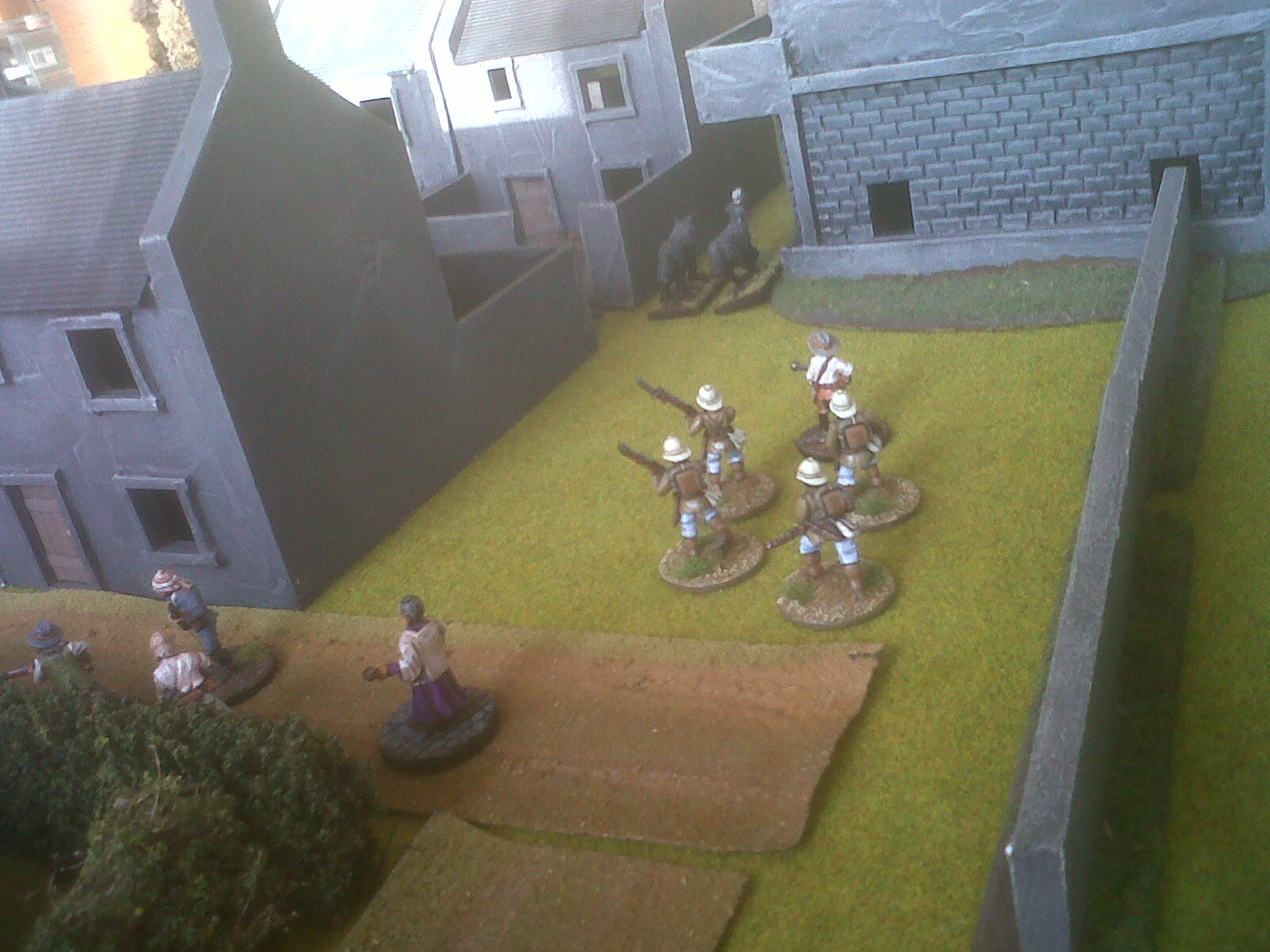 A Savage Worlds game in progress...

For TSaTF, which in its original format, has 20-figure units, 60 figures translates into a Zulu ibutho or an Afghan hill tribe, i.e. the second level of command in the game (a single native unit will be assigned one leader, while most colonial units will have some kind of second in command). This works quite well, as two native players could combine with 120 warriors between them, and with a single commander nominated as the induna in overall leadership.

An additional factor has to be one of time. Savage Worlds, with its card driven initiative system, does slow down the more units or figures you add. Hence, it is sometimes easier to activate a Wild Card and a unit together on one card until such a time as the Wild Card moves out of command range of the unit. BUT, the downside of that is the player risks having his whole command move further down the initiative ladder with a single card draw.

TSaTF is also card-driven, and again, too many units will cause the game to slow down. Assume, for example, three players running a Zulu impi composed of nine units. British units aside, that is still nine card draws for the movement phase, and nine for the shooting phase (presuming each unit has some rifles or muskets in it - they may not). Things will obviously speed up once units get eliminated, but the first few turns will be a lot slower. Assuming you want to get a game down in 3-4 hours maximum, which is a good measure, things have to move with alacrity.

So, let us set the maximum size of our impi at 180 models. This still gives it some scope for growth from its current size of about 100 over the course of the year, but 180 sounds like a good hard limit for the collection. Let us next assume that, for a good game, even giving the Zulus some inherent advantages like no terrain penalties and hidden deployment, they ought really to outnumber the British by 3:1 to stand a chance of winning. Other opponents, like the Sudanese Ansar, probably require slightly less, largely because they have other assets the Zulus lack, like more firearms and cavalry. The British force should therefore number between 40 and 60 figures if they are all regulars, possibly more if you are including Natal Native Contingent and Boers in their ranks. Bring the number back down again if you include British and / or colonial cavalry and artillery.

TSaTF typically sets a theoretical battalion of regulars as the maximum size of the imperial force, including two infantry companies, a cavalry squadron, and two or three guns. However, I view that as a best case force, and looking at the campaigns of the period, the British frequently relied on untested local troops, including the NNC in South Africa and Egyptian troops in the Sudan. This allows the player to field more imperial troops to face the natives without a considerable upgrade in firepower. The unit factors in the core rules can be a good guideline.

So, will I be exploring the possibility of building some armies for the NorthWest Frontier in 2015? I have not decided as yet. I'm keen to play some WW2 and possibly some fantasy if time and resources will allow. After all, we have yet to finish Bloodbath At Orc's Drift, where the final showdown has not been concluded, and Middle-earth beckons too. Finally, I'd like to play some Napoleonics, but am undecided as to whether to go with a big battle from the period, or focus on a large skirmish game like Sharp Practice. More on all that anon. 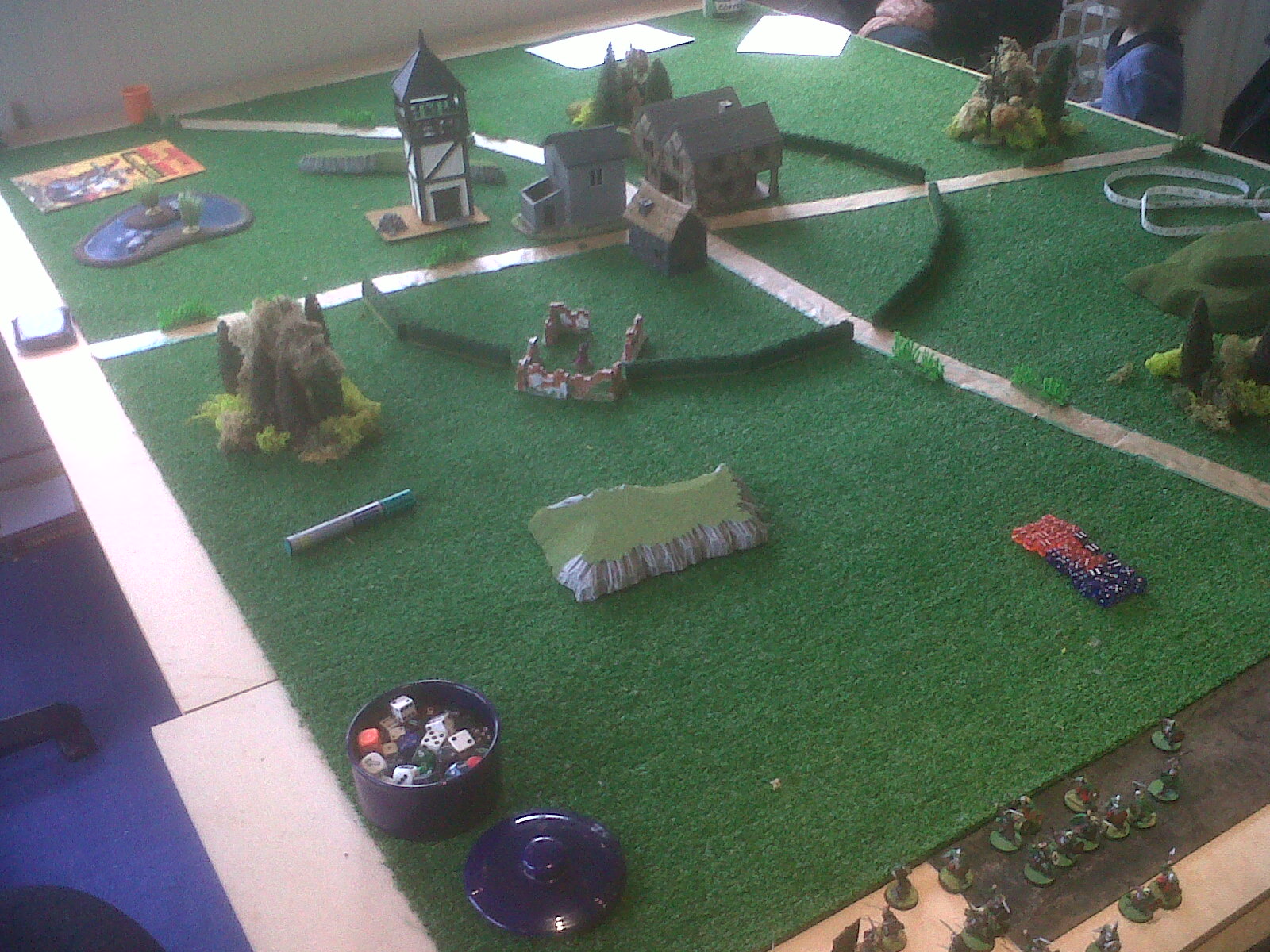 The Battle of Linden Way using Lord of the Rings SBG