Pathfinder: "They Can't Touch The Crow!" 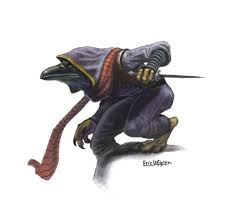 Another session of Pathfinder this evening, to which I arrived late (working in London on a Friday messes with my schedule). By the time I got there the guys had cut a deal with the gnomes (whom you may remember we met last week), trading our magical music box for a map. We seem to be in the process of gathering an impressive amount of advanced intelligence on the wilderness areas we have yet to explore.

There was the usual city-building session, which we have now facilitated with the use of a laptop and a custom-built spreadsheet program for managing the ongoing evolution of our kingdom, and our glorious capital of Staghelm.

We were down two players tonight, so the druid Cassie and rogue Oban were parcelled out to Kelvin and Manoj.

On with the serious business of killing stuff, and our first mission was to track down a barbarian werewolf who had gone on a killing spree in Staghelm. We tracked him out of town and cornered him in a ruined barn, apparently once part of an elven kingdom that occupied this region centuries ago. The werewolf came at us with a battle axe plus his bite attack, but only lasted two rounds. Artemisia, my barbarian, cut him down to size with one hit delivering 52 hps of damage. The werewolf lasted two rounds. Oban was also impressive in this fight, being made invisible in advance, and sneaking up behind the werewolf to successfully backstab him. However, this seems to have driven the barbarian/lycanthrope into a frenzy, because he focused his attacks on Oban, hitting him twice. Healing magic from Cassie kept the changeling rogue in the battle.

We are now throwing in a range of spells to boost the combat characters, namely haste, protection from evil, and enlarge. This makes them incredibly potent combat machines, with bucketloads of dice being rolled. I'm pretty sure Wu Ya was at one stage delivering six attacks as part of his hasted flurry of blows monk attack.

With the werewolf dealt with, we then decided to do some more exploration, adding to our knowledge of the Skunk River. Here we encountered a nixie in a dispute with some woodcutters who had chopped down some valuable elven trees. The stand-off was dealt with by our elven mage, who was able to re-grow the trees in return for which the nixie released two wood cutters from her charm spell.

Two issues came to light here: firstly, the wood cutters seem to have been granted a legitimate license to log pretty much anywhere in the kingdom. We're not sure who by, and given we have a druid as our de facto head of state, thought lumber licenses a little anomalous. This prompted a discussion about legislation, and it was decided that all council members would report back with five pieces of suggested legislation by next week.

The second issue raised by the nixie encounter was the fact that the fay inhabitants, of which there are a considerable number in the kingdom, are not paying tax. They still enjoy the benefits of the rulers ridding the realm of evil critters like trolls and werewolves, but don't pay for that security. Artemisia has been wondering aloud about this, and the seeming two tier political relationship that is going on here.

Pressing on, we encountered a dryad who warned us about some sort of powerful evil treant that was coming to devour her life essence. As she was tied to her forest pool, she could not flee the approaching monster, and her satyr boyfriend had singly failed to stop it either. We duly volunteered. We told the poxy satyr he could stay behind, as he'd already injured himself, the nonce!

This last battle was massive. Our elven wizard summoned a pack of celestial hounds to help out. Artemisia, despite being hasted, fluffed two attacks with her lance. The treant hit her three times for more than 60hps. Enlargement plus her rage mean that in these situations she makes an easy target (AC 16), and she was forced to back off. This left the stage to Wu Ya, the mad Matrix crow, who, with AC 28, was impossible for the big wooden guy to hit, and landed a massive 75 hps on the treant in one round to finish it off.

We ended the session with the party chopping up the treant for firewood with the dead werewolf's magic axe. Fitting, really.

There was some mention of the rogue having a fling with the green hag/witch from the previous session, but as this happened before I arrived, I'll gloss over this somewhat sordid episode!