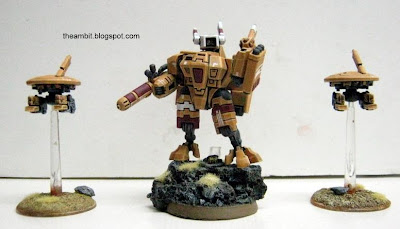 So I have a lot of lazy friends.  I'm not going to point fingers but the laziest ones didn't even join the competition to finish the plethora of models sitting in his gaming bag for the 10 years I've known him.

Roast aside, I had myself and four others sign on to do a paint or die (PoD) competition for allies.  This meant that no one was required to finish a whole new army or something crazy.  I like to paint but being 'forced' into something that big wouldn't be fun for me and I'm sure the interest of my friends would have also been limited.
Instead we signed in to complete a PoD challenge with allies.  The requirements are to finish 1 unit per month, HQ first, then troop, then one of any remaining slot for the next two months which will let us finish right before Christmas.  The buy in was simply $20 toward the tab at a pub night.  Failing to complete a monthly challenge would cost you another $20.  So far everyone has finished!

There is no judging here, the only rule was that the model had to be completed to your own standards (really its your army).  I did not want to be exclusive to certain calibre of painting skill or anything like that.

Anyway, on to the pictures: 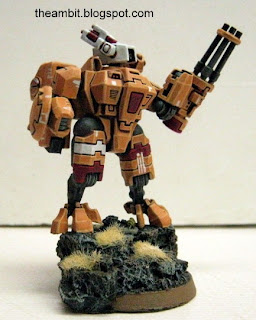 My pal who has been an avid Raven Guard player finally succumbed to the allure of xenos and decided to paint Tau. Another shot is the intro to this post with the drones included but I felt this close up was required for such a pretty paint job on his first non-space marine model. 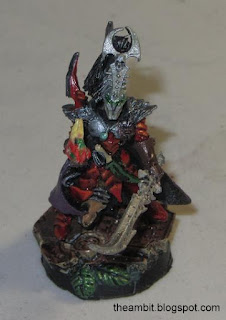 I convinced another friend to start playing warhammer and he went with Dark Eldar. This is his first 40k model and I think I need to teach him about turning off the flash on his camera because it really overexposed the model. 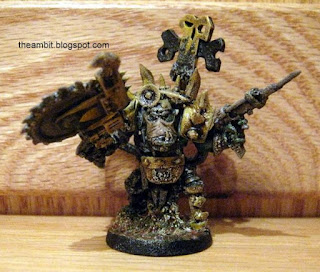 So my friend who has played orks for 15 years decided that this opportunity was a great way to add allies. He decided the orks from IA8 would be great! I think he lost out on an opportunity to paint something else but he's quite happy enlarging the WAAAGH. Sadly this model looked nice before a pad can of purity seal chunked it up. I could hear the cries of anguish from across town. I've passed him onto some forum posts on cleaning it up. 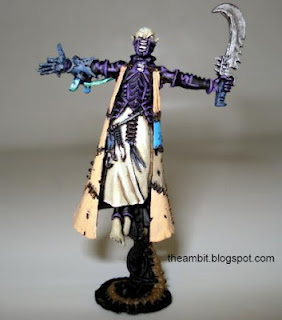 Some of us waited until the last minute and didn't have time to let the paint dry for the arms to be glued on! Here's a cool HQ unit (his arms are lying around painted too but he didn't have any glue left at deadline time - we'll let him off the hook as it IS painted). I really like the patchwork cloak. 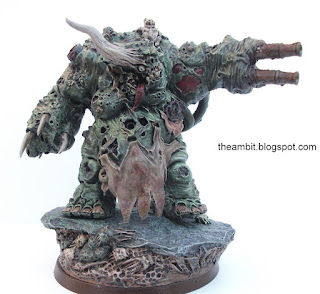 And my entry, again I've said it before my favourite model I've ever painted.  He has performed abysmally so far.  Somehow I think an ork bike smashing into him during a melee broke off one of the hand bone spike things.  I'll have to have a word with my opponent next time I see him.

Next month is a troop so I hope everyone starts work sooner.  A single HQ model isn't too hard to finish last minute but a full squad will be a true challenge for a few.  My plague marines are coming along as my entry though I have a self imposed deadline of end of September as I make way for other things (like Caestus assault rams!).