Jack Windsor Lewis kindly informed me that the new OED stuff 'went live' on Dec 9, so one mustn't expect such a major technical upheaval to work smoothly right from the start.
As I wrote in my previous blog, it's a pity we aren't told anything about the speakers. All we get to know in the release notes on pronunciations, written by Catherine Sangster, Head of Pronunciations, is this:
A small number of actor-phoneticians were recruited, and came to our recording facilities in Oxford to read each transcription aloud. Besides having clear voices, suitable accents, and some experience behind the microphone, they needed to be able to read the IPA transcriptions. I am inclined to think, however, that they are not (sufficiently) phonetically trained to pronounce weakforms in a natural way or to pronounce a schwa whenever the script requires them to.

Listen to both versions:


For both vowels I'd use the IPA symbol /ʌ/. Why a schwa then in the OED? To answer the question one has to delve into the Uptonian universe of transcription sets. There's a short introduction into this alien galaxy in the Oxford Dictionary of Pronunciation for Current English (~ ODP) written under the editorial baton of Clive Upton, William Kretschmar and Rafal Konopka. On its page xi one finds under the heading "Technical discussion: transcription sets" the announcements that
a) the transcriptions are "broadly phonetic", that
b) the "intention is always to indicate actual sounds to be produced" and that
c) two different sets "are appropriate to the BR [= General British] and AM [= General American] models used".
Here are the two sets as depicted in the ODP: 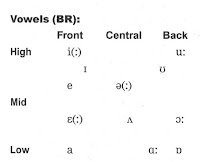 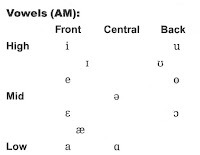 credit: Oxford University Press
As you can see the GA set does not contain the STRUT vowel but only the mid-central schwa. In my humble opinion the representation of a spoken /ʌ/ by /ə/ is neither "broadly phonetic" nor does it "indicate actual sounds".

The GA transcriptions are missing.

There's no soundfile for /tə/ either in GB or GA.