Comandante Fidel Castro And The Apologists Of Capitalism - By Nikos Mottas 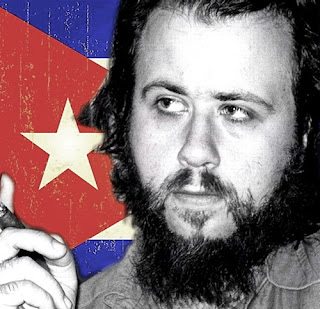 Comandante Fidel Castro and the apologists of capitalism

The death of Fidel Castro last November unfolded, both in Greece as well as internationally, an orchestrated attack against the historic leader of the Cuban Revolution and socialist Cuba.

A patchwork of anticommunism, from the far-right to the edge of social democracy, didn't lose the opportunity to slander the cuban revolutionary, either by attributing to him various characterizations (e.g dictator, controversial personality, etc) or by reproducing proven lies about his supposed fabulous wealth and personal life.
They tried to vilify Fidel with numerous slanders.... That he was a dictator who installed a repressing establishment, that socialism was proved- as some claimed- a 'chimera' which gave birth to authoritarianism, lack of democracy and freedom.
Of course, the slanderers of Fidel got their response from the people of Cuba who, by hundreds of thousands filled the squares and the streets throughout the country, from Havana to Santiago, with tears in their eyes in order to pay their respects to the revolutionary and communist leader.
However, a question arises: What was the reason behind this attack against Castro and why did they consume so much ink in order to vilify Cuba?
The answer is simple. What disturbs the slanderers of Fidel Castro- and thats why they attack so fiercely- is what the Cuban Revolution herself symbolizes: This is the capability of the people, of the working class, to fight for a society free from the capitalist shackles and man's exploitation by man.
Behind any slander against “dictator Castro” hides the agonizing effort of the bourgeoisie and her praetorians to obscure and distort the achievements of Socialism in Cuba, so that no conclusions can be drawn from the struggle of the Cuban people.
The example of the Cuban Revolution shows that the people who will walk towards Socialism, even beginning from a very low level of productive forces development, can achieve great things regarding the working people-popular needs. 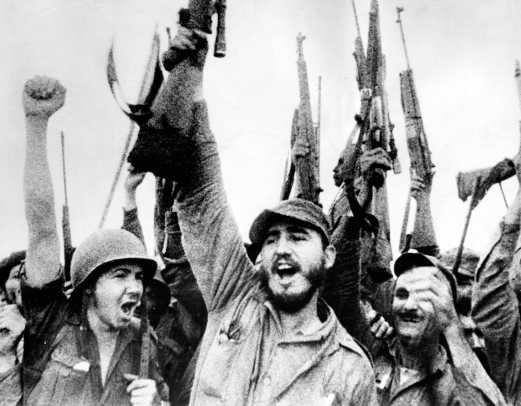 It is evident that the great achievements of the Cuban Revolution in a series of social life's sectors annoy the apologists of capitalist barbarity. It annoys them, for example, the fact that Fidel's revolutionary government took over a country- colony of the USA- with a very low level of productive forces and steadily transformed her, with the invaluable and crucial economic contribution of the Soviet Union, in a state with very high quality, accessible to all people, public services of Healthcare, Social Welfare, Education, Culture, Sports.
They (apologists of capitalism) are annoyed by the fact that the socialist construction in this small island of the Caribbean, managed in a very short time to almost completely eradicate illiteracy which was dominant in pre-revolutionary Cuba. They are annoyed, of course, because the small Cuba of 11 million inhabitants became a protagonist in internationalist aid and solidarity towards people who were fighting and fight against imperialist barbarity- from south America to Angola.
Exactly because the example of Cuba disturbs them, they decided to turn white into black, to vilify Fidel Castro and the Cuban Revolution.
However, they silence the truth.
They deliberately silence the fact that in Cuba the right to Social Security is for all the people, for the entire population, while on the same time, in the neighboring superpower- the capitalist “paradise” of the USA- dozens of millions of people have no Social Security coverage.
They deliberately silence the fact that in Cuba there is not even one homeless man or woman, while on the same time the large cities of the European Union and the United States have been transformed into “camps” of homeless people.
They deliberately silence the fact that the Cuban National Health System- free and accessible for the entire population- has been characterized by UNESCO as an “example” for the whole world. You see, contrary to the capitalist world where Healthcare has become a commodity and issue to speculation, in small Cuba it remains public good.
They deliberately silence the fact that Fidel's Cuba managed to decrease child mortality from 42% to 4%, while it is the only Latin American country without child malnutrition.
They deliberately silence that Cuba has one of the lowest illiteracy rates in the world, with the 13% of the annual state budget allocated for the improvement of the public Education System; a number which is double and triple from the respective of the governments in the USA and the EU. 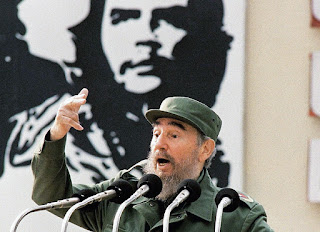 While they silence all the above, Fidel's slanderers and the anticommunists of every nature have the audacity to speak about “lack of democracy in Cuba”. Of course, we know very well about the kind of “democracy” and “freedom” the apologists of capitalism care.
It is the “freedom” in exploitation, the “freedom” of a minority to exploit the work of the majority, the “freedom” in the frantic race of capitalist profit and competitiveness that flattens lives, rights and needs for the majority of the people. It is the “freedom” that limits in capitalist ownership in the means of production which is the regarded as “sacred” and the bourgeois states protect in every possible way. The same “freedom” which leads the struggle for the share of markets and territories that creates military conflicts and imperialist interventions. It is the “freedom” and “democracy” which stop before the entrance of industries and corporations.
Indeed, this kind of “freedom” was trampled by Fidel's socialist Cuba- like in the other socialist countries of the 20th century- because that consists a prerequisite for the working people, for those who produce the wealth, to take the power in their hands and to free themselves from the shackes of exploitation.
One thing is therefore evident: The fact that just a few kilometres south of the shores of the imperialist superpower, with a genocidal, criminal blockade that lasts for 55 years, the small island of socialist Cuba has managed not only to stand upright but to progress and achieve great conquests for the workers-people's needs. These are conquests which in capitalism are unthinkable.
The apologists of capitalism will never forgive Comandante Fidel Castro and Cuba the fact that they didn't bend, they didn't make a step backwards, even when the counterrevolutionary overthrows in the beginning of the 1990s in the USSR and the socialist countries of eastern Europe were dramatically changing the correlation of forces worldwide.
In spite of the various apologists of the capitalist system, Fidel Castro and the Cuban revolutionaries have been vindicated by History.
Comandante Fidel's historic legacy, the capability of the people to assert their liberation from the shackles of the exploitative system haunts - and will haunt forever- the praetorians of bourgeois ideology.
[...]
Indeed, being a Revolutionary in practice and not in words, Fidel, alongside his comrades, along with the Cuban people, proved that the only superpower are the people who resist, who fight against capitalist barbarity, who pave the way to socialist perspective, for a society without exploitation of man by man. 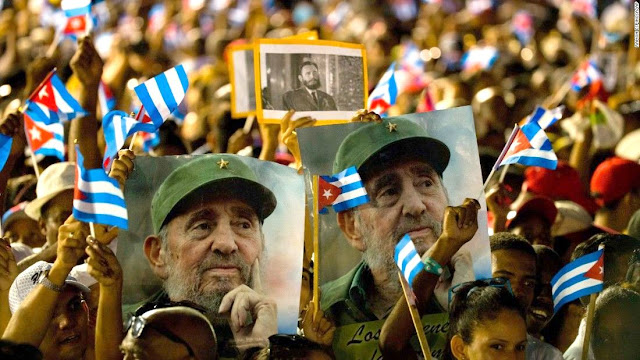